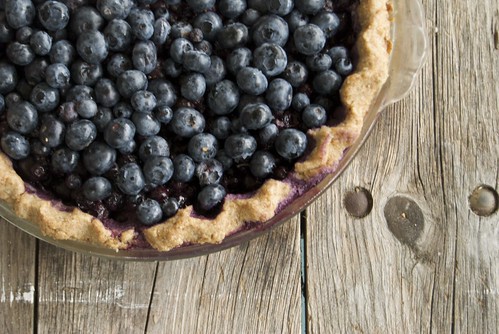 A few days ago, I set out to bake a pie. We were having a party with veggies and corn to grill, black bean salad, watermelon gazpacho, fresh mozzarella with tomatoes and basil, and lots of good friends and family to eat with us one more time before we move away.  Of course we needed dessert and since blueberries are perfectly in season, I knew what I would make.  I always have high expectations when I start out a project, whether in the kitchen or anywhere else.  It had to be a pie, not a gallette or a crisp and it was going to be the best pie I have ever made.
I flipped to a crust recipe from the King Arthur Flour Whole Grain Baking Book.  I measured, sifted, cut in butter, let the crust chill for a while in the fridge all the while imagining that this pie would surpass any other that I have made before.  For a long time, I have wanted to add “great pie maker” to my list of skills but I haven’t really put my nose to the grindstone so much as baked the occasional pie and hoped that it would be as good as I dreamed.
Sometimes following the recipe and hoping for the best doesn’t go as far as a little common sense.  I knew the dough would not stretch into a top and bottom crust holding all of the juicy berries.  Still, I rolled and patched and then relented and made a single crust pie, open-faced with the blueberries staring out, keeping no secrets.

When you mix a delicious group of ingredients, its hard to go terribly wrong, but there is always room for improvement on my part. The pie was a good taste of summer, even if it was not what I had expected when I started out. When I am cooking, my results are rarely exactly what I had imagined, but that’s not always a bad thing. This is true for most things in life.

I served  this pie at our party which happened to be on our one year wedding anniversary.  A year ago, Ray and I thought we knew where we would be right now.  We had an idea that we would be farming and hiking on the west coast this summer.  Our plans have changed a few times since then. I don’t think I would have predicted that a year after our wedding we would be moving to Minnesota. I am sure that, as time goes on and where ever we end up, the process of working together to plan our future and making these decisions is probably the best part.

Now we are starting the next chapter of our lives together.  I can’t wait to unpack our kitchen and start cooking and I have a lot of sewing projects in mind.  I’ll be looking for a job, hopefully making new friends and exploring a new part of the country.  In this case I don’t really know what to expect.  I’m interested in pursuing my passions as intensely as I can, in grabbing opportunities if they come my way, or seeking them out if they don’t appear as I might expect them to.  I plan to write lots of letters and take some classes.  I have a new fiddle to practice playing and I haven’t stopped dreaming about our farm I’m just focusing on the road we’re taking to get there. 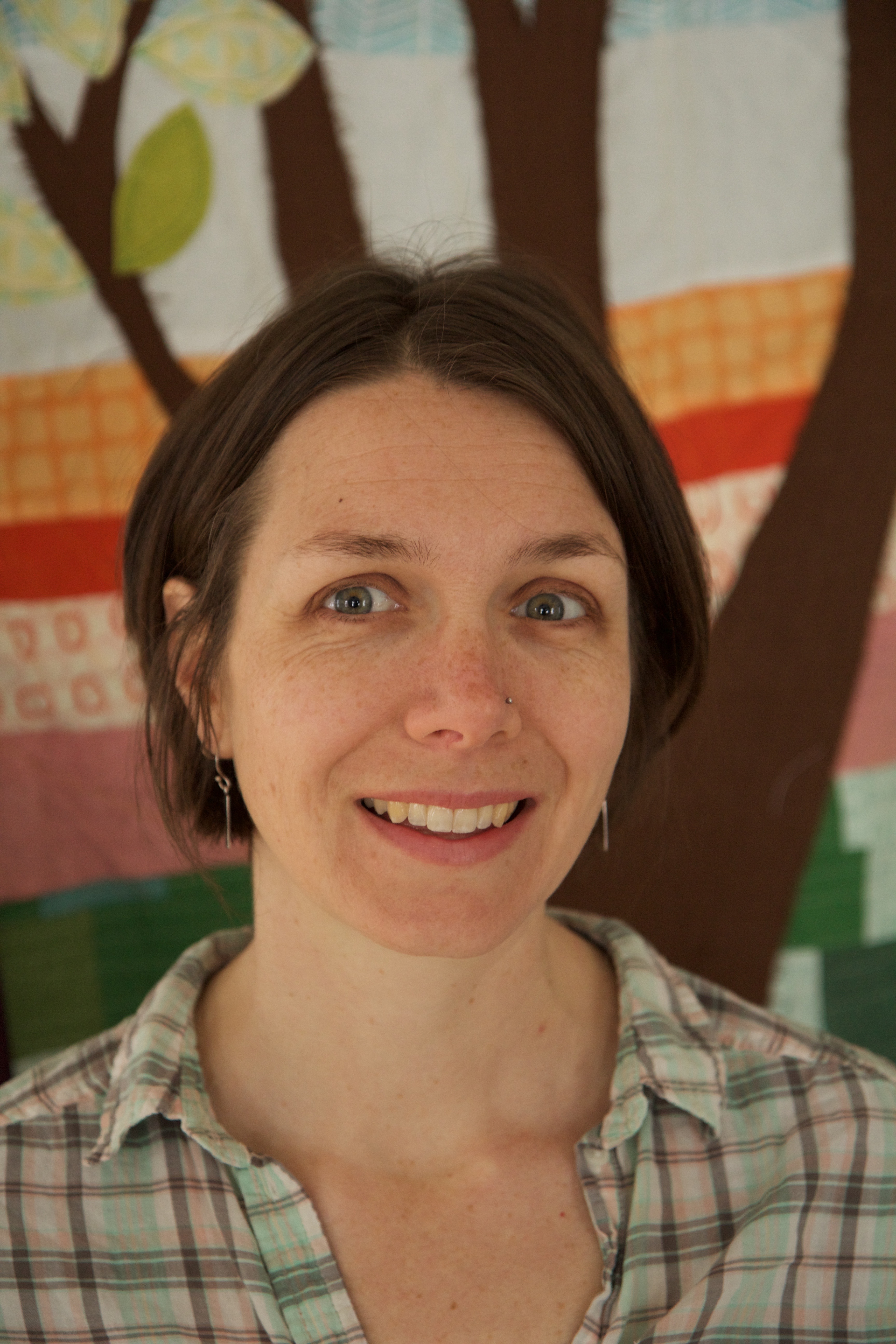 Welcome! I'm Anna Hewitt. I’ve been passionate about making things and caring for the earth my whole life. I want to help you discover the joy, satisfaction, and connection that comes from making things by hand. Join me as I seek the beauty, utility, and delight that comes from using up scraps and turning waste into creative abundance. 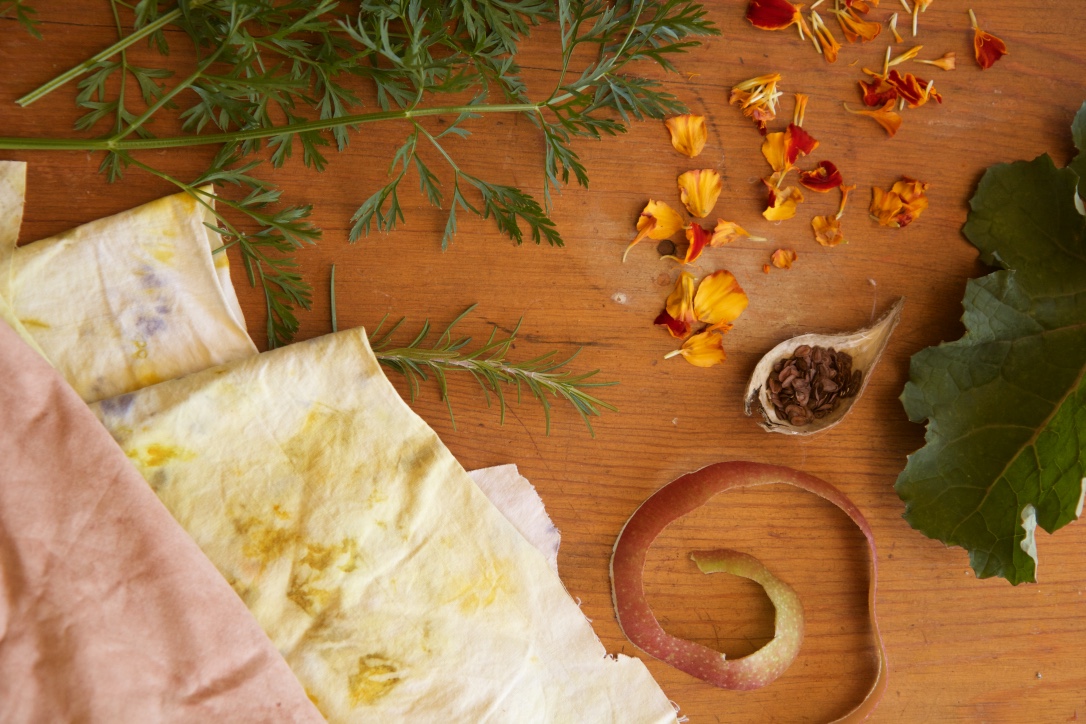 Join me for a retreat from your daily life and a chance to learn new skills, ignite your creativity, and gather with others. View class descriptions.