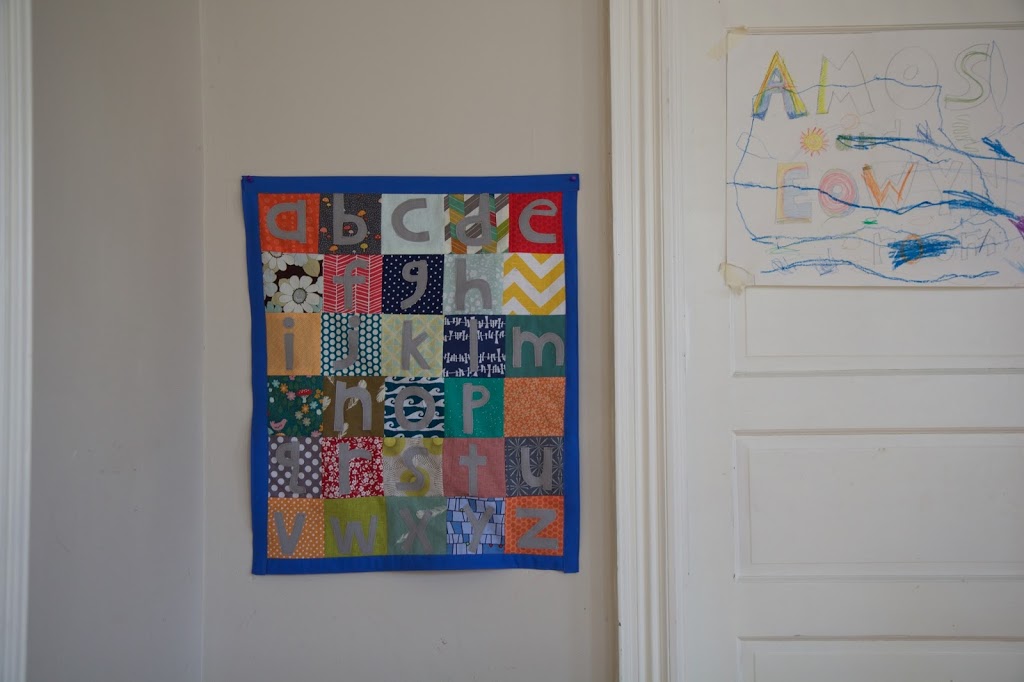 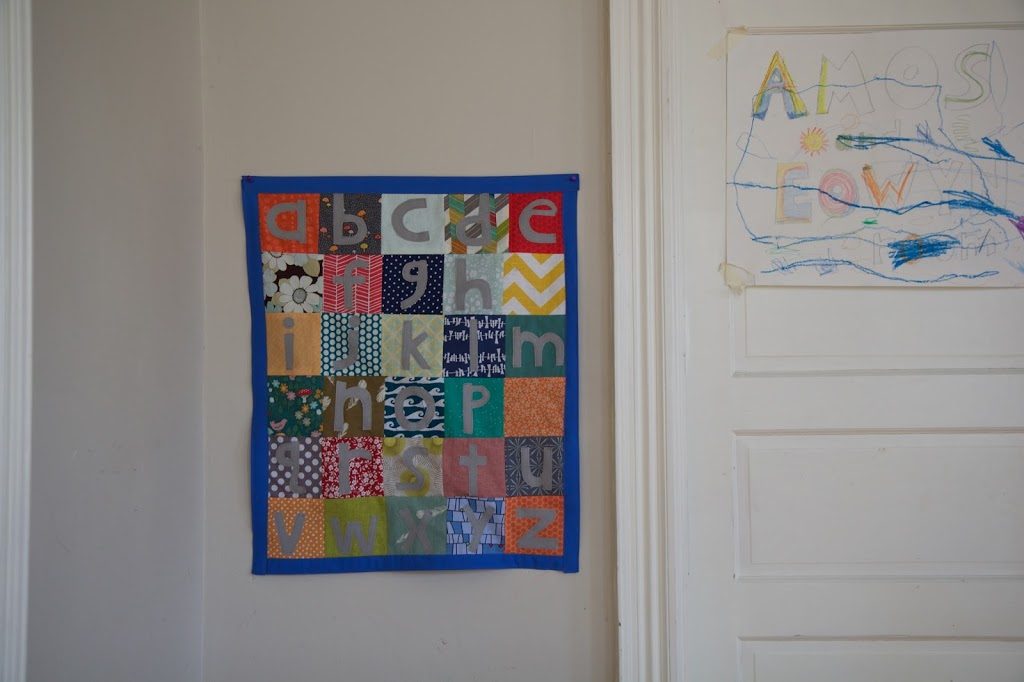 It’s been a gray month. Many things have not gone as planned, many things have taken my mind far from the here and now and left my heart anxious. Though I wish I didn’t have reason to be marching and demonstrating twice in one week, I am truly heartened by the thousands and millions of people who are demonstrating, calling, organizing, giving, speaking out, reaching out in opposition to the new administration and in hopes that we can still make the world a better place. I am doing my best to settle in for the long haul of political action, creative work, and family life. Somehow, in the midst of the chaos of the first month of 2017, I have found into a semblance of a routine. Most evenings I work on projects for a couple of hours and then read a bit before I can no longer avoid sleep. These projects may never go farther than the computer screen and the rooms of my apartment but I am making gradual progress, which always feels good.

Amos and I have been reading a lot of Winnie-the-Pooh in the past few days. It is the closest we’ve come to reading a chapter book and it is nice to cuddle up together to read about the friends in the hundred acre wood. Amos has been more interested in numbers and letters lately as he continues the process of learning about the world around him. We count body parts and slices of cheese and he is quick to tell us that he will be ready to go in six or thirteen minutes. I recently saw a list of beautiful alphabet posters for kids and it occurred to me that this would be a fun way for him to explore letters. Then I realized that I could make something that would do the trick. 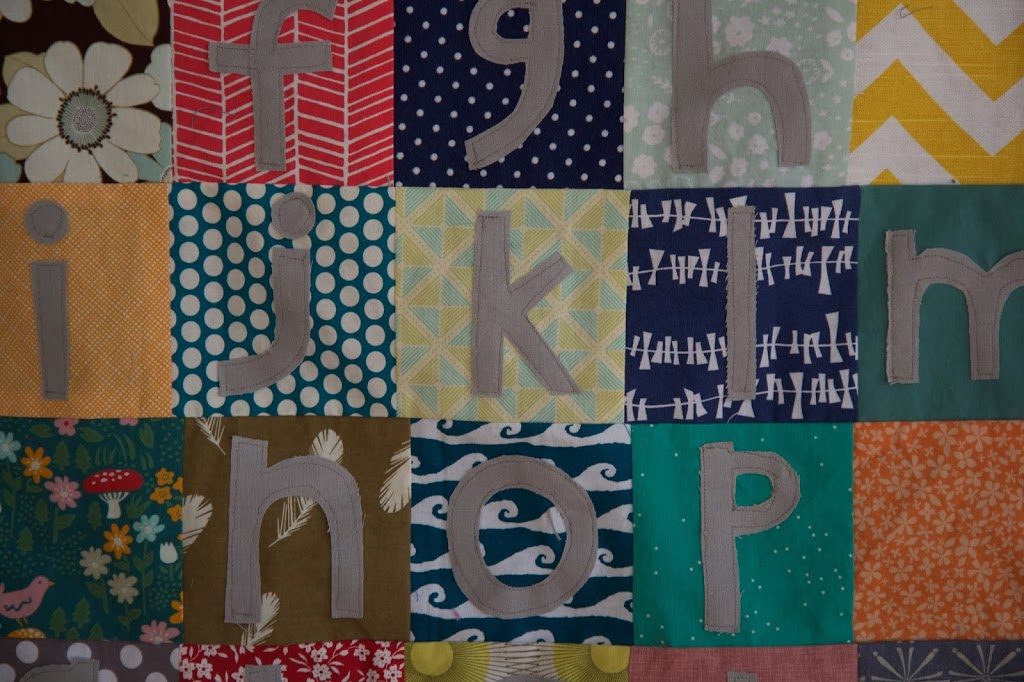 I’ve become more interested in letters lately, too. It started with the banner I made for the women’s march (or, rally as it was at the Maine state capital). Sewing fabric letters is time consuming and not as practical or interesting as calligraphy or type face, but it is most often the medium I choose for whatever I have to say. I am drawn to words, especially words of wisdom from others. When I was in high school I had a little notebook where I would jot down quotes that I liked. Words remind me of what I want to believe, know, or understand and I make things to deepen this understanding and to interact with the world in a meaningful way. Sewing words doesn’t come close to bringing them alive, but it is a way of bringing them to my attention, of giving them greater importance. I turn fabric into words and then, slowly work at turning this words again into actions 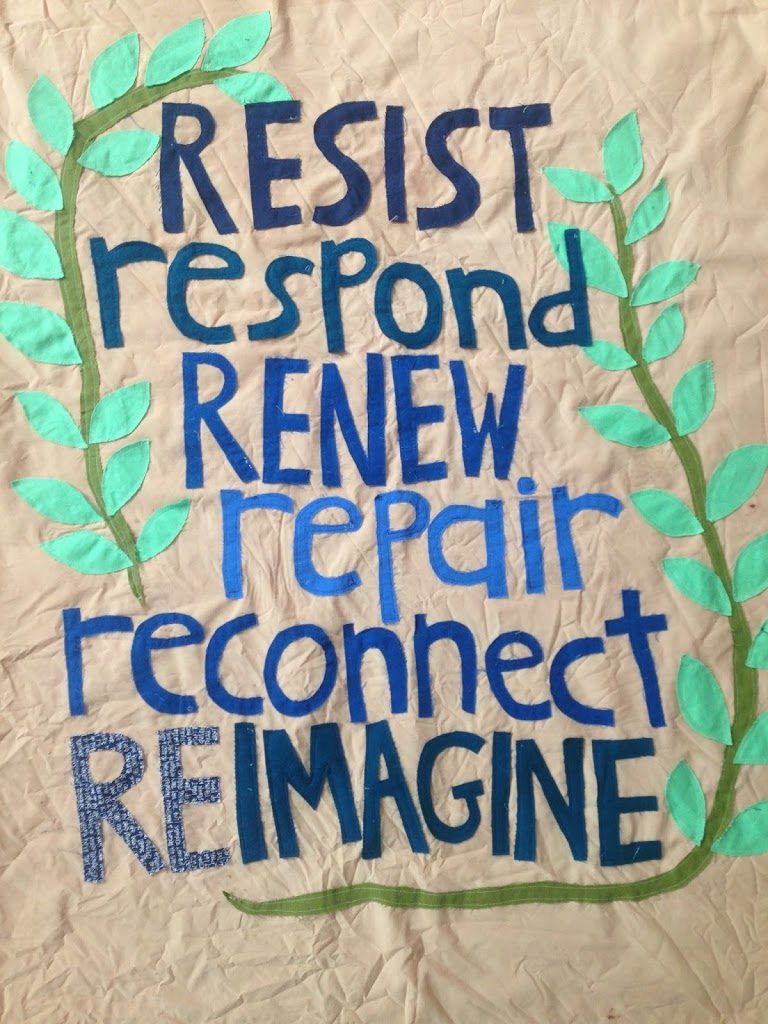 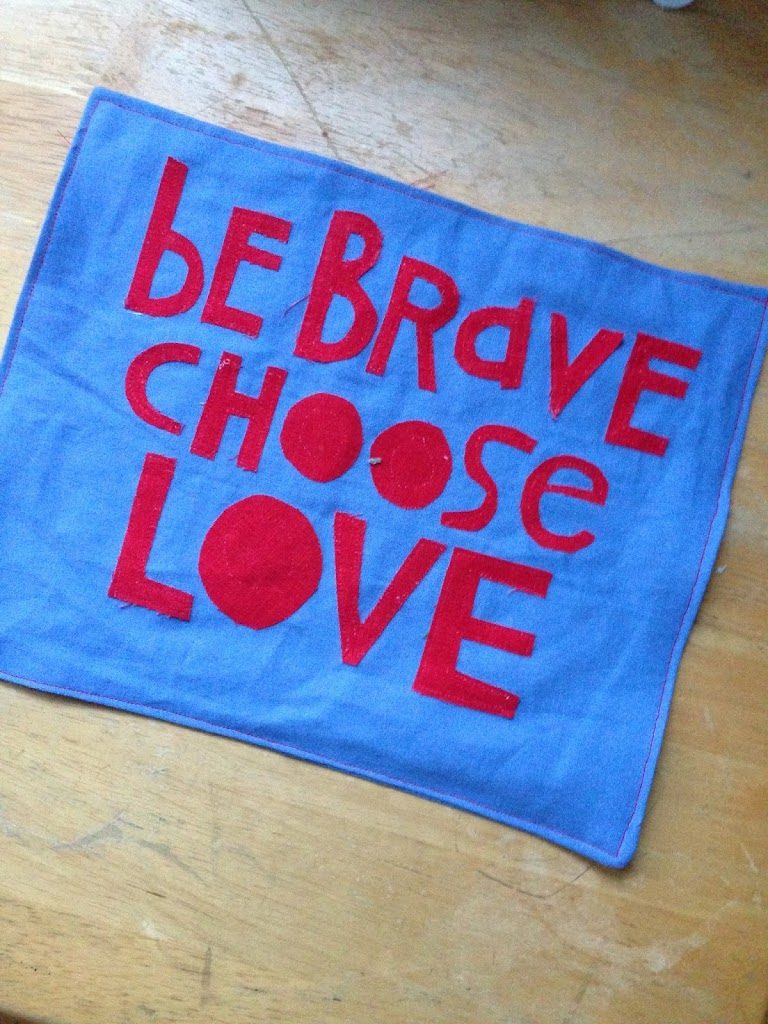