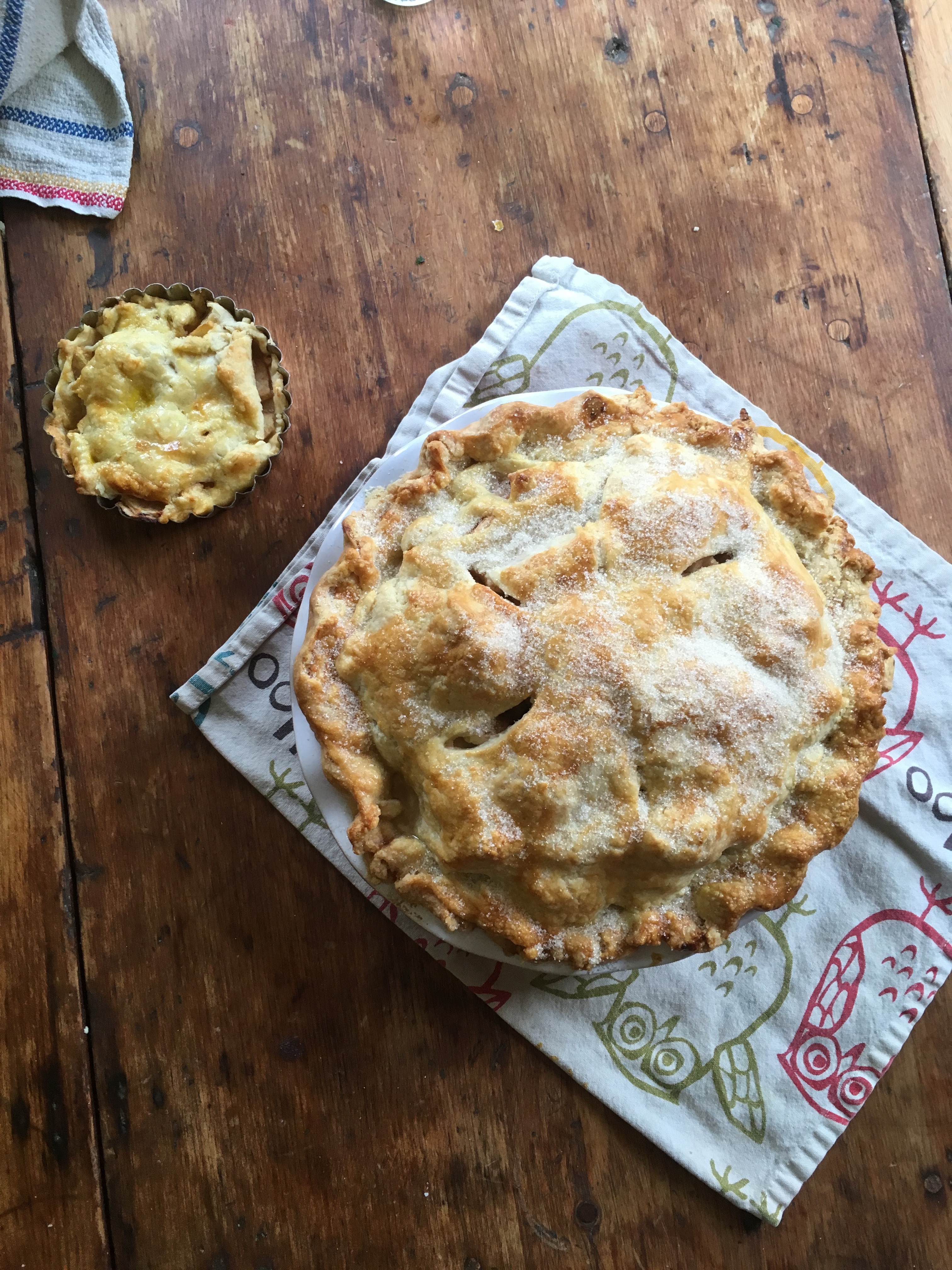 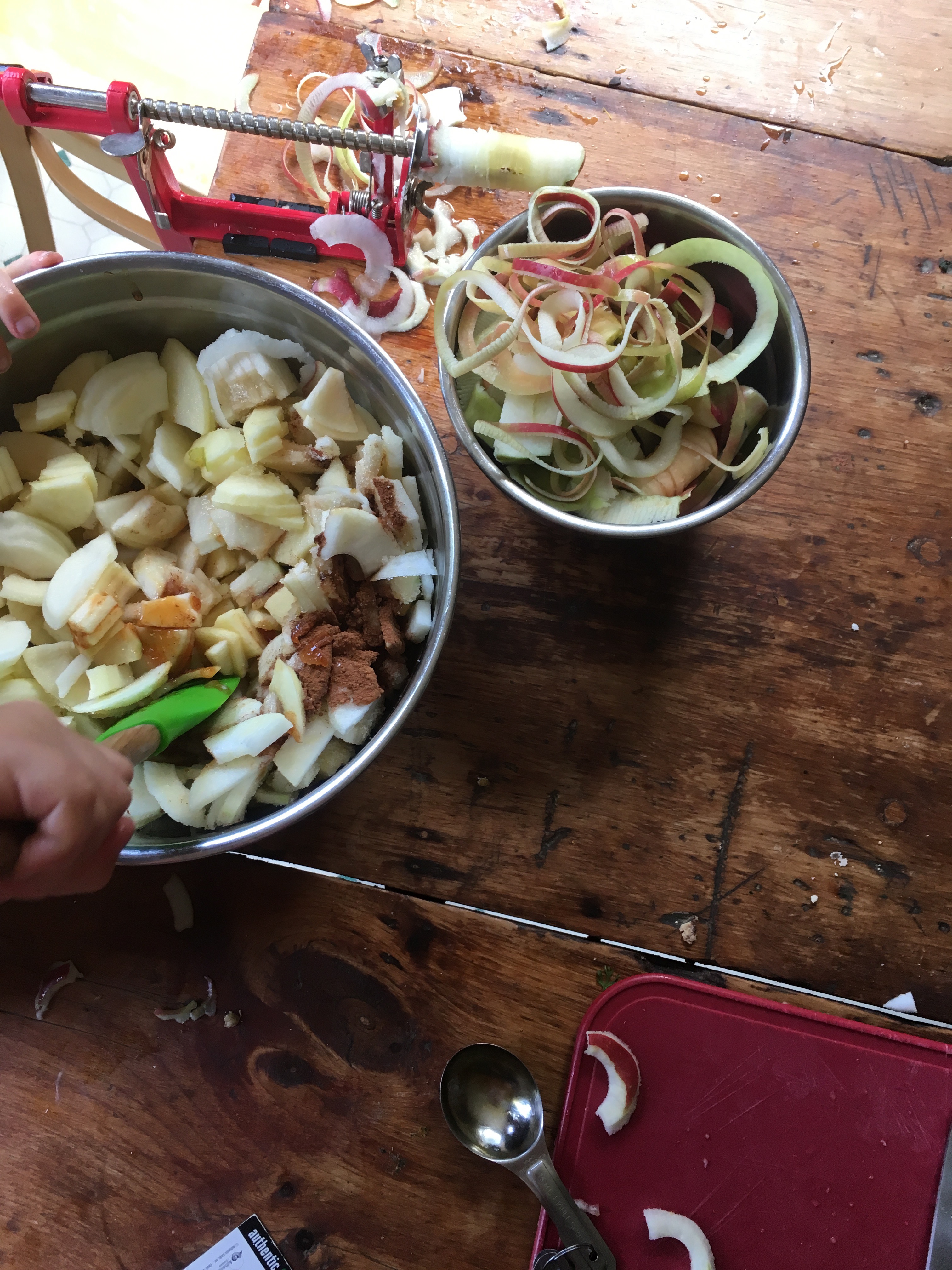 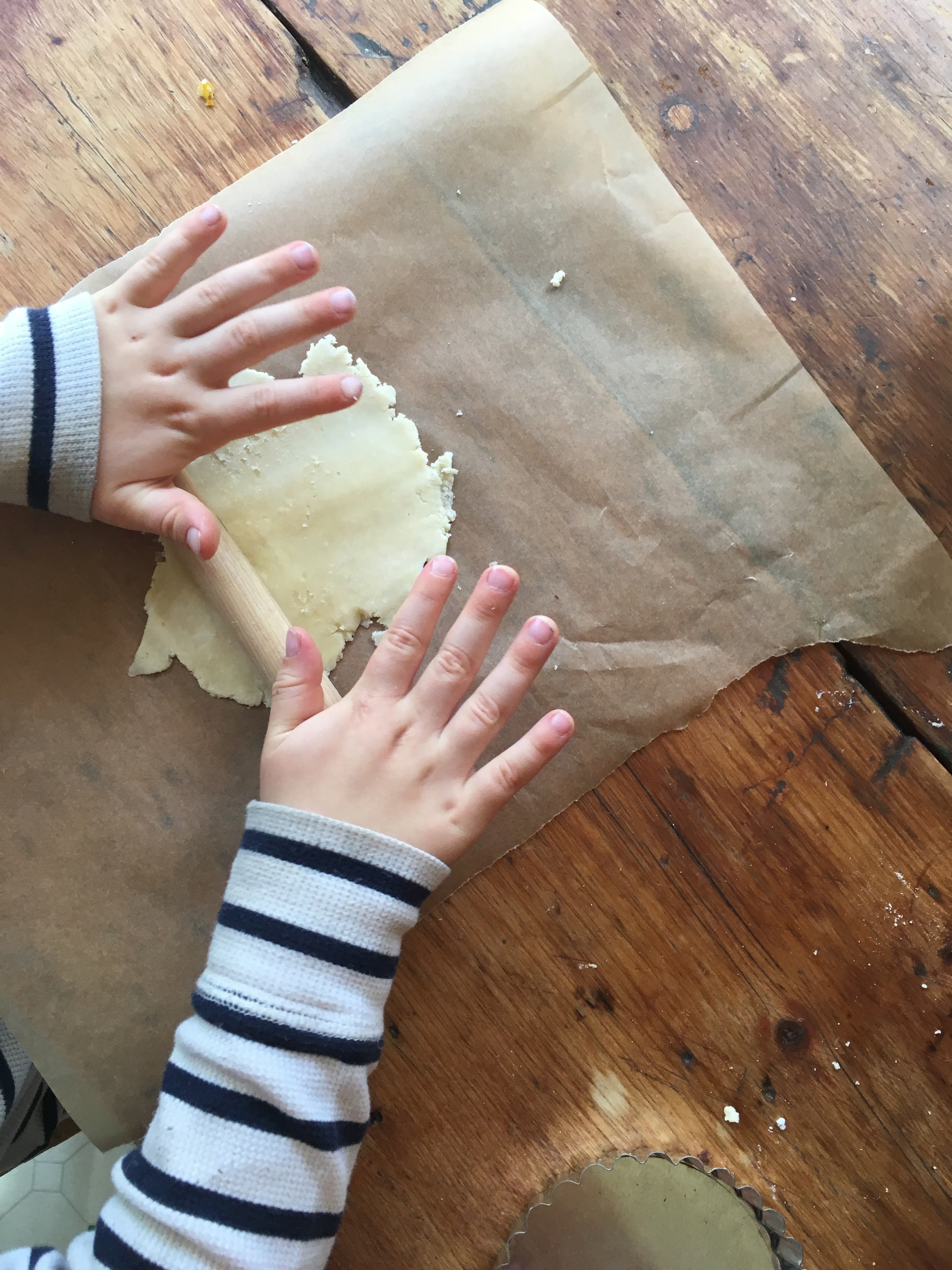 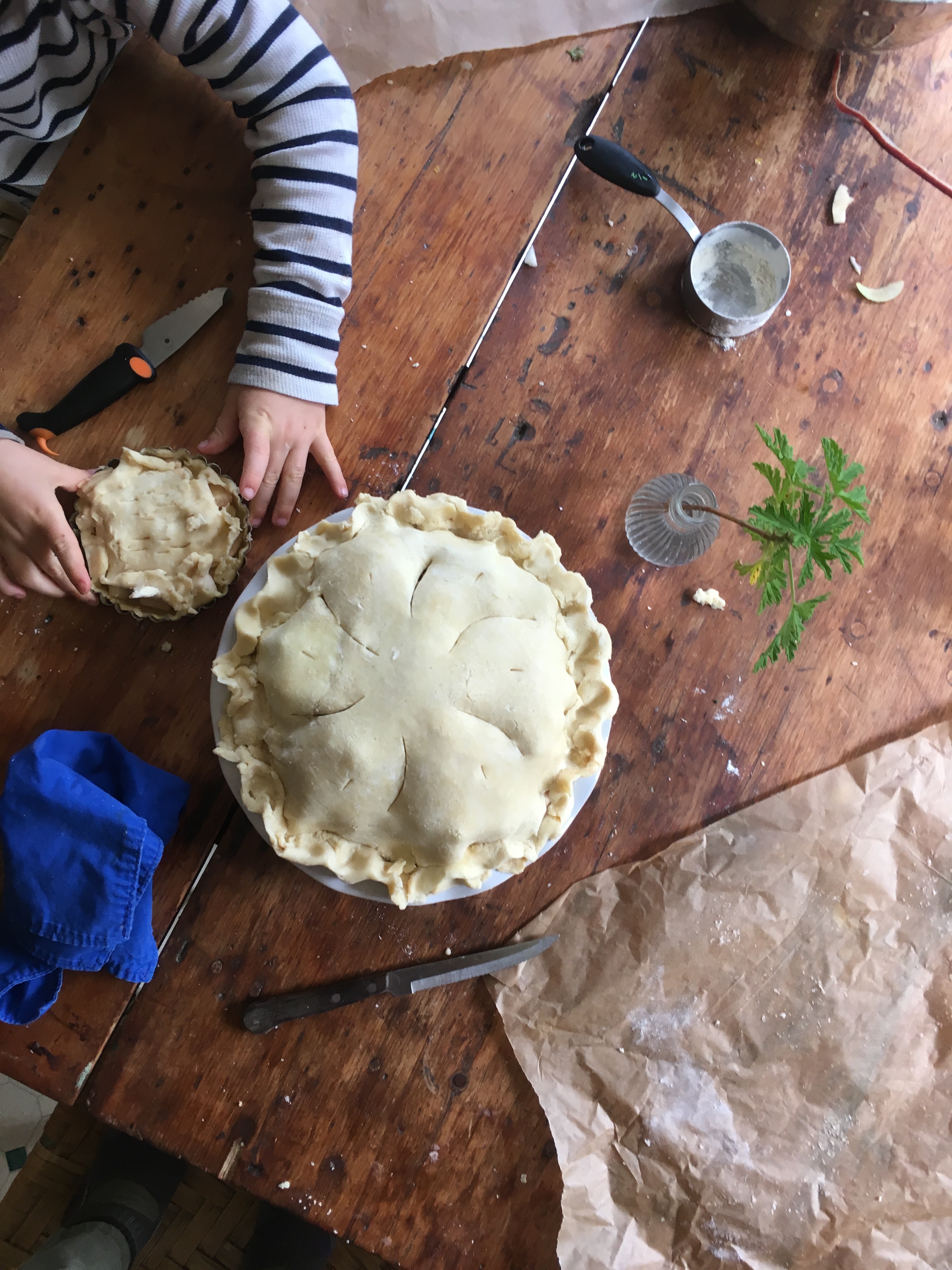 The mornings have turned frosty and I’ve brought out the hats, mittens, boots, and snow suits to make sure we can still enjoy being outside. Inside we are trying to make things as cozy as possible with dinner by candlelight in the early darkness and a definite increase in pie consumption.

Last year we started a tradition of making pies for the half birthdays in our house and I love the idea of pies that are not just for special occasions. It’s true that pie isn’t always as easy as pie, but it does get easier with practice. If you feel intimidated, try not to worry about perfection and remember that it is hard to go wrong with buttery crust and spiced fruit.

Whether Thanksgiving is your annual pie practice or if you make pie as often as possible, I’d like to suggest one of the best pies I’ve had, with this deep dish pie recipe from the New York Times. I like apple pie but it is rarely something I think about after one slice. This pie, though, will not be soon forgotten. The crust and the filling were both irresistible and it did not last long in our house. Barely a week later, I made another batch of crust and used some for a pumpkin pie based off of this recipe and the rest for some little hand pies. If you’re looking for the most delicious pie, you should try this one!

Here’s to flaky crusts and moments of gratitude in the weeks to come!